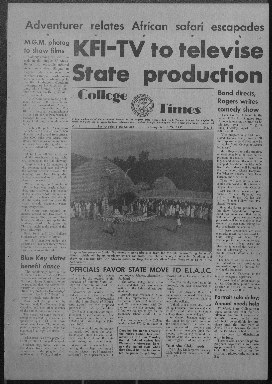 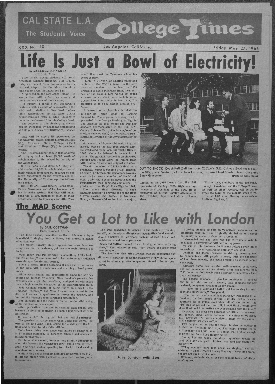 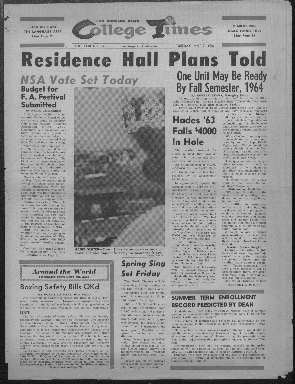 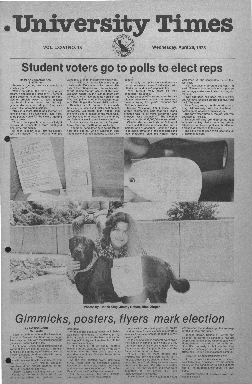 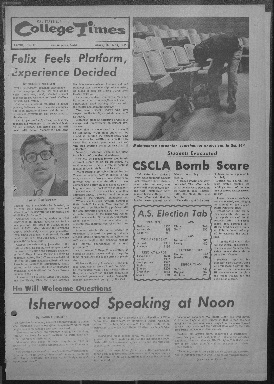 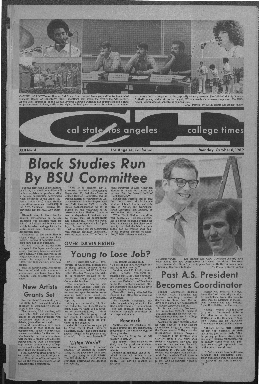 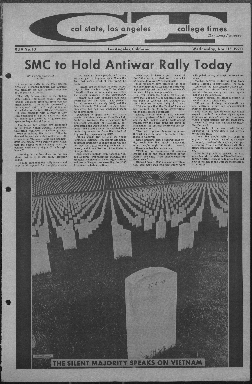 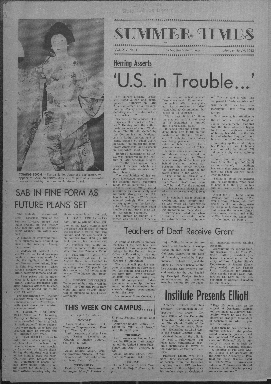 The University Times is the student-run newspaper of California State University, Los Angeles. First published in June 1948, it was known simply as "Los Angeles State College". By October of that year, the newspaper was officially named "College Times". Then, in 1972, the College Times became the University Times, in accordance with Cal State LA's change to university status. In 1965 the College Times was named the best newspaper by California Intercollegiate Press. Property of California State University, Los Angeles, John F. Kennedy Memorial Library, Special Collections and Archives. Permission for publication is given on behalf of Special Collections as the owner of the physical items and is not intended to include or imply permission of the copyright holder, which must also be obtained by the researcher. The subject terms were selected from the Thesaurus for Use in College and University Archives.